The main reason for me to watch this drama, is of course because Lee Junho stars in it. Heheheh. If you don’t know, I am a big fan of him since 2010. I don’t consider myself as k-pop fan, cause I actually only like 2PM and Lee Junho mostly. Yang lain2 tu minat gitu2 aje lah. Layannnnn… but kalau 2PM dengan Junho ni, I am surely very invested. Boleh jadi gigih travel ke negara lain untuk tengok their concerts etc.

Honestly, I’m never really a fan of historical and melo drama. Personally I like and prefer rom-com and feel-good drama. And from what we know, this drama is a based from a same-titled novel. It’s a fiction based on true historical figure and life. A love story of King Jeongjo and a court maid, who was the only woman he ever loved his whole life. King Jeongjo was known to led the new renaissance of the Joseon Dynasty.

Notes: I’ll be updating this post from time to time ;)

Any of you watching this drama? I started watching it last Thursday and totally fell in love with it. Memang dah plan to watch it sebab ada all my favorites = Suzy, Nam Joo-Hyuk, Kim Seong-Ho and Kang Hana.

I loved it, up until the ending. I guess I understand sometimes, the writers want to make a drama that has a “reality check”.

But the thing is, personally I don’t like that. My reality is tough enough. Drama is a way for me to escape reality. Why are you taking that away from me?

Why do you bother making it so dreamy-like. Then try to put a “reality check” on it? If I’m watching a investigation or melo drama, I can accept that “reality” part. But not this!

I have been religiously watching each episode every week, but didn’t bother to even watch the final episode. I kind of know what would happen, and when I read the recap… and “yep, thought so!” Another drama with disappointing ending. Sigh

Wok of Love: This is of course a must, since my boyfriend, Junho stars as the main lead hehe. To be honest, if not because of Junho, I might not continue watching this drama, as the direction, editing and storyline are all over the place. The way it’s being brought to the screen is not so interesting, making it quite boring for me.

Such a waste for Junho to be starring in such a drama, I pity him. But oh well, at least I can see he is having lots of fun with the casts ^^ I just want my boy to be happy hihi.

What’s Wrong with Secretary Kim: OK, I must say this drama is brilliant! Though it’s a cliche chaebol and ordinary-girl love + 2 ‘enemies’ fighting over a girl story, they make it in a fun way. And since it’s a story we know won’t happen in real life, I like how they brought it to us being all ridiculous and sometimes exaggerated. All the cute and comical sound effects that follow their actions are somehow entertaining for me, haha.

Park Seo Joon character as the narcissistic Lee Young Joon is super cute too, of course, lol. I very much enjoy each time he admire himself to the extend that you feel like puking or at least palming your face, haha. His super confident is just too entertaining. Park Min Young is also so super cuteee. I enjoy this drama so much, and must say, I prefer it way more than Wok of Love (sorry Junho :P)

We get it that all those anger and screaming might come from the frustration – betrayal of his ex-wife, close colleagues who he thought were his close friends. But for how long? Does the writer want a hate club for Poong or something? So i don’t understand why they still wanna keep that jerk character on Poong.

Actually Poong is so pitiful & lonely. He doesn’t have anyone to talk or share his feeling. I think being in that situation doesn’t help him to be less confused either :(

To be honest, i don’t know where this drama story line is going. Like on episode 14, suddenly another kkangpae (gangster) taking the whole 15 to 20 minutes of air time.

I personally think they should have developed his friendship with the minions first at least? Where that will teach him there are nice people despite how they look like. I was expecting he would already be teaching and cooking together with them by now.

Andddd he said he wanted revenge. But what’s his plan? So far he just waits inside the restaurant for customers. I see no marketing, no advertisement. Seriously? I hope the writer-nim and PD-nim will do better in coming episodes. PLEASE.

This post will be updated from time to time whenever I have something on my mind regarding this drama &love;

Junho has gained a lot of attention since his role as Seo Yool in KBS drama ‘Chief Kim’ early this year. Like FINALLY people starts to recognize him and his talent! I also see lots of comments that he’s so good looking these days. Well people, I hate to break it to you, but he’s been THAT good looking for ages. Many are only realizing it only recently :P Fight for My Way 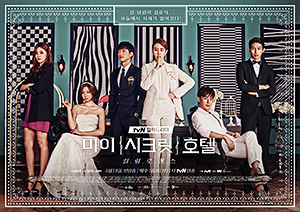 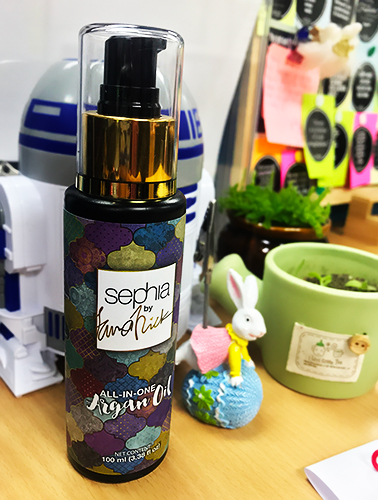