Ouch, my gum still hurts :yuck: Went to dentist yesterday evening to get rid of my molar tooth which has been damaged by chocolates and ice-cream, lol. It only stop bleeding until this morning…! I was so worried. But thankfully, I finally can eat something now…

Went out with Ainor to watch ‘Gangster’ the other day. Well, sadly, the film didn’t turn out to be as good as I hope it would be :sad: Well, it has some really good actions (love all the racing and cars parts) but… my personal opinion is that the movie doesn’t have a proper storyline, I dunno, at least Ainor and me think so. 3 stories in a film with no connections among them at all? It’ll be better if they stick to 1 damn story, it’ll be much bigger and better… Well, one of the strongest reason I wanted to watch the movie was because… ehehe… Ako was in it :tongue: (selain menyokong filem tempatan, right..) But overall, I think it’s an OK film… nice stunts and stuff :wink:

Tonight is Juara Lagu :drum rolls: but, meaning no Smallville tonight, ergh… And Umie’s debut performance on TV is gonna be tonight at 8pm, in Blast Off talent search competition. She’s the lead singer in the Shohoku band. Asked me lots of times to watch her performance, lol. I’m totally gonna support her 100%. Hope they’ll make it to the final :cross fingers:

Things has got really really boring this lately. I suddenly lost my interest on many things, including my study. It’s like I’d rather sit and watch TV all day long or even play computer games until 4 am. No idea why. But I’m trying to find myself back again. My marks are dropping slowly on my first tests… I just hope it won’t be long and my history of ‘failing’ won’t happen again. I’m sick of being called stupid and or not one of the best in my family.. among my cousins to be more specific. We are pretty close so we are always being compared to each other. I have lots to prove to everyone, so I hope I’ll have my strength back soon and go for the battle to be one of the first-class honour student.

Have my test in an hour. And yeah, not so surprisingly, I’m still here in front of the computer. That’s what I was talking about. Ergh. I’ve been thinking of changing for a new layout as this old dark layout has bored me to death already, lol. But I have no idea what or even who will be featured on the layout?? Hmm… I can’t seem to find any good pics. :yawn:

OK, I guess that’s it for now. I’d better go and have my last glance at my notes before the test begin. See ya… hopefully with a new layout ;) 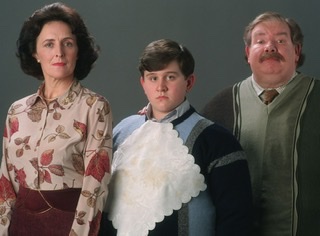